Richard has more than thirty years in large scale agriculture operating at the cutting edge of applied technology.

He led the development of Beeswax Dyson Farming, as its Managing Director for six years developing the core areas of the business, farming, energy production, property and horticulture. The business became carbon neutral as part of a drive to achieve a more sustainable model. The development of agricultural technology was a key focus.

Richard began his career in large scale farming with Velcourt and worked with institutional and private landowners. After five years as a Farm Manager he was appointed to the board of Velcourt in 1993 where he was responsible for all farm and estate management, commercial and development decisions within the region. 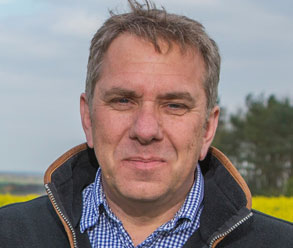